Where is Dr Leichhardt? a new publication on Australia's Greatest Mystery 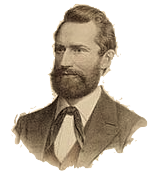 Where is Dr Leichhardt? A new publication by Darrell Lewis

When much of Australia's inland was still unknown, a young Friedrich Wilhelm Ludwig Leichhardt, (Ludwig Leichhardt) set out with six other men westward from Queensland, heading for Swan River settlement in Western Australia in 1848. They never arrived.

His new book draws together and summarises all the search expeditions and the claimed 'Leichhardt' relics, and assesses the validity of the claimed relics and the various theories proposed – all of the attempts to answer the perplexing question: Where is Dr Leichhardt?

You can listen to Lewis being interviewed by ABC Local, Richard Fidler in June 2013.  An interesting insight to Leichhards story and the type of man he was.

Purchase the paperback: Where is Dr Leichhardt?